``I must give him his due. He has considerably cretinized me.'' Lautréamont 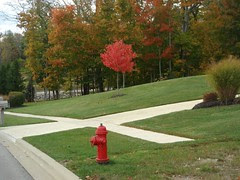 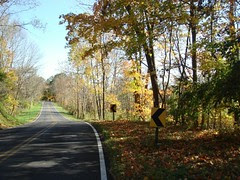 click to enlarge
Posted by rhhardin at 10:40 AM No comments:

by Bob Herbert
The real threat to democracy is the nonstop campaign by the G.O.P. and its supporters to disenfranchise American citizens who have every right to cast a ballot.
Posted by rhhardin at 3:36 AM

another vein of sadness discovered

The Bush administration is writing one more sad chapter in the long, tortured history of Appalachia’s coal-rich hills.
Posted by rhhardin at 3:34 AM

The Lion, the Bull and the Bears (NYT)

By EDUARDO PORTER
Investors seem to be relying on the same primitive emotion that made our forebears on the savanna bolt when approached by a hungry lion: fear.
Posted by rhhardin at 1:48 AM

no child left behind

Some colleges, more concerned with their own rankings than with fairly ranking applicants, paid admitted freshmen to retake entrance exams.

Why How Matters (NYT)

man was not meant to travel on wheels

by Thomas L. Friedman
In the financial-services boom, bubble and bust, we got away from the basics — from the fundamentals of prudent lending and borrowing.
Posted by rhhardin at 2:54 PM

Nearly two decades after the United States stopped building nuclear weapons, it should not get back into the business.
Posted by rhhardin at 1:03 AM

The undocumented Haitians in the United States should be given temporary protection status as their storm-ravaged country rebuilds.
Posted by rhhardin at 1:01 AM

The measures that South Dakota, Colorado and California have taken to end or limit abortion rights have much larger implications.
Posted by rhhardin at 12:59 AM

by Thomas Friedman
The market is re-evaluating and re-pricing every asset in the world, without mercy. It is going to do whatever it’s going to do — whichever way greed and fear tug it.
Posted by rhhardin at 4:38 AM

Are We Rome? Tu Betchus! (NYT)

by Maureen Dowd
The decline and fall of the American Empire echoes the experience of the Romans, who also tumbled into the trap of becoming overleveraged empire hussies.
Posted by rhhardin at 4:35 AM

by Frank Rich
The McCain campaign has crossed the line between tough negative campaigning and inciting vigilantism, and each day the mob howls louder.
Posted by rhhardin at 4:33 AM

The Rule of Law in Guantánamo (NYT)

The government is fighting a ruling to free detainees from Guantánamo Bay to avoid having the case become a window into the outlaw world of the camps.
Posted by rhhardin at 4:31 AM

Up and Down the Learning Curve (NYT)

America’s energy problems are complex, and solving them will require leaders with restless curiosity and an open mind.

Out of Panic, Self-Reliance (NYT)

By HAROLD BLOOM
How financial panic influenced the philosophies of Ralph Waldo Emerson.
Posted by rhhardin at 4:22 AM

A Little Less to Worry About (NYT)

Congress needs to build on the success of the compact that bans the diversion of water from the Great Lakes and take on the long-awaited assault on invasive species.

The federal government must help states like California and Massachusetts get past their short-term liquidity squeezes.

Ninety minutes of forced cordiality during the debate did not erase the dismal ugliness of Senator John McCain’s campaign in recent weeks.
Posted by rhhardin at 12:50 AM

by Bob Herbert
What we haven’t paid close enough attention to is the fact that there haven’t been enough good paying jobs to sustain an adequate standard of living.
Posted by rhhardin at 6:05 AM

by David Brooks
Today, world leaders have to figure out how to stabilize economies amid volatile global capital flows. This test is rooted in a shift in economic power.
Posted by rhhardin at 6:04 AM

Nobody wants to go back to dark alleyways, but we also know that man-made light can pollute as well as illuminate.

The White House’s proposal to suspend Bolivia’s trade benefits altogether is self-defeating.
Posted by rhhardin at 6:01 AM

California’s latest initiative on climate change will help reduce global greenhouse gas emissions. Even more progress would be made if others follow.

it is vital that they try to attract votes

It is vital that Barack Obama and John McCain, one of whom will inherit a real mess, address the financial crisis in real detail at their debate Tuesday night.
Posted by rhhardin at 5:57 AM

For free speech not to be tainted by hate-filled propaganda, the presidential campaigns should identify the ads for what they are — a product that has little regard for rational debate.
Posted by rhhardin at 1:56 AM

the hope and change tradition

by Frank Rich
The 2008 election is now an Obama-Palin race about “the future,” and the only person who doesn’t seem to know it is Mr. Past, poor old John McCain.
Posted by rhhardin at 2:37 AM

by Maureen Dowd
Watching Gov. Sarah Palin’s strenuously folksy debate performance, we could wonder when elite became a bad thing in America.
Posted by rhhardin at 2:35 AM

flaming liberal is another problem

by Nicolas D. Kristof
One of this season’s fallacies is that if Barack Obama is paying an electoral price for his skin tone, it must be because of racists. Not so — the evidence is that he is facing what scholars have dubbed “racism without racists.”
Posted by rhhardin at 2:33 AM

foreigners prefer to invest here, being one

by Thomas L. Friedman
When the next president takes office, Americans should not be surprised when he spells out the ramifications of being a debtor nation.
Posted by rhhardin at 2:32 AM

A Tale of Taint (NYT)

The way to fix the Food and Drug Administration’s image problems is with increased staffing, upgraded technology and more authority to protect American consumers.
Posted by rhhardin at 2:30 AM

No Pay for Harm (NYT)

Hospitals will no longer profit from their mistakes under a new payment policy just inaugurated by Medicare. Too bad the same will not be true of doctors, at least not yet.
Posted by rhhardin at 2:28 AM

Foreclosures and the Right to Vote (NYT)

With the recent foreclosure crisis, not much work has been done to ensure that people who lose their homes do not also lose their chance to vote.
Posted by rhhardin at 2:27 AM

Meanwhile, in the Economy (NYT)

unemployment benefits only extend recessions, is this news?

After the bank bailout passed, the Senate majority leader, Harry Reid, was unable to persuade Republicans to extend unemployment benefits. So much for Main Street.
Posted by rhhardin at 2:24 AM

by Gail Collins
McCain sprung his vice-presidential selection on us at the last minute, possibly under the impression that the country felt things had gotten too boring lately, and would appreciate the excitement of having a minimally experienced political unknown serving as backup to a 72-year-old cancer survivor.
Posted by rhhardin at 4:04 AM

by Bob Herbert
In such a serious moment in American history, it’s hard to believe that someone with Sarah Palin’s limited skills could possibly be playing a leadership role.
Posted by rhhardin at 4:02 AM

It was hard to tell from Gov. Sarah Palin’s remarks in the vice-presidential debate if she understands how Dick Cheney has reshaped and damaged the office.
Posted by rhhardin at 3:59 AM

In New York, a Willing Suspension of Term Limits (NYT)

Obama for mayor of NYC, an amusing experiment

By RONALD S. LAUDER
Why do I believe term limits should be lifted temporarily to allow Michael Bloomberg to run for a third term? The answer is simple. I don’t want this city to repeat the early 1970s.
Posted by rhhardin at 2:54 AM

Show Us the Hope (NYT)

The bailout bill, even the “sweetened” version, does little to avert the defaults and foreclosures that are pushing house values ever downward.
Posted by rhhardin at 2:48 AM

Putting it in one place.

Change ``mark to market.'' It produces an instability in the system, whether taken as linear or nonlinear. A simple change is backward time averaging to the market, which gives you an unbiased eventual valuation but kills off the instability.

(The variance of the current market under mark to market is higher than the mistake produced by the lagging of an averaged estimator; and lagging spreads out any selling over a long enough time to look at things dispassionately.)

Change FDIC insurance limits way upward, and then declining under a leisurely schedule to avoid moral hazard being taken up as a business model. Similarly money market coverage. But it momentarily lets banks pay for and get huge deposits.
Posted by rhhardin at 5:57 AM

law requiring both mark to market, and driving down market, not noticed

by Thomas L. Friedman
This is a credit crisis. It’s all about confidence.
Posted by rhhardin at 3:18 AM